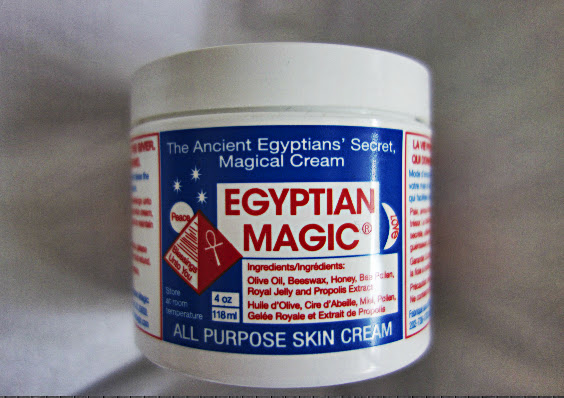 There was a lot of hype surrounding this product, and I wanted to try it for a long time, despite not being into sensational titles such as “the ancient Egyptian’s secret, magical cream”.
However after reading some rave reviews, I gave in and bought the 118ml jar on Cultbeauty. As you can see on the picture, the ingredients are 100% natural, although not vegan.
It has the consistency of a balm. You take a small amount and rub it on your hand until it turns into the form oil, before applying it on your skin. Wash your hand prior the use in order to avoid leaving bacterias on the bottle.   It smells a bit like a olive oil, which is the main ingredient but nothing too strong.

My thoughts?
Since it’s described as a healing cream with mutliple uses, I experienced different ways to apply it and here is what I could observe :

Face Moisturizer: Did not work well on my skin, I have combination/impure skin and it made me break out. I’ve noticed already before that olive oil doesn’t work great on my skin.
Against small superficial burn areas: Well, before writing this post, I actually burned my thumb with the Popcorn machine and it hurt quite a bit, so I applied the balm and seconds after the pain was gone. Obviously the burn was superficial otherwise it would not have worked.
Anti-irritating cream: JACKPOT! I suffer from chronic sinusitis (ugh) and my nose gets so irritated when I have a Sinus crisis that the areas around the nostrils are red, burning and extremely dry, to the point of becoming flaky.  I used to slather Nivea creme on my nose, but since I’m now looking for cleaner products, I tried to apply this cream on and holy moly, it worked wonders! The very dry areas were gone and the redness around my nose was fading away.
Initially I had hoped it would work as a facial moisturizer for me, but it way too rich, however I am very pleased to use it as a replacement of my Nivea creme and use it for very dry areas and irritations. Plus, the jar will last me for a while because a little goes a long way.

Have you tried this creme, what do you use it for? Is it your kind of magic? *Queen song starts playing* 🙂 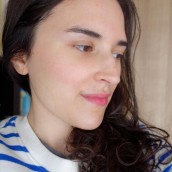 Green hunter, wellness junkie and pun maker on the website, I'm on a journey towards a kinder and healthier life. @lizthegreenspirit on Instagram.

Get notified about exclusive offers every week!